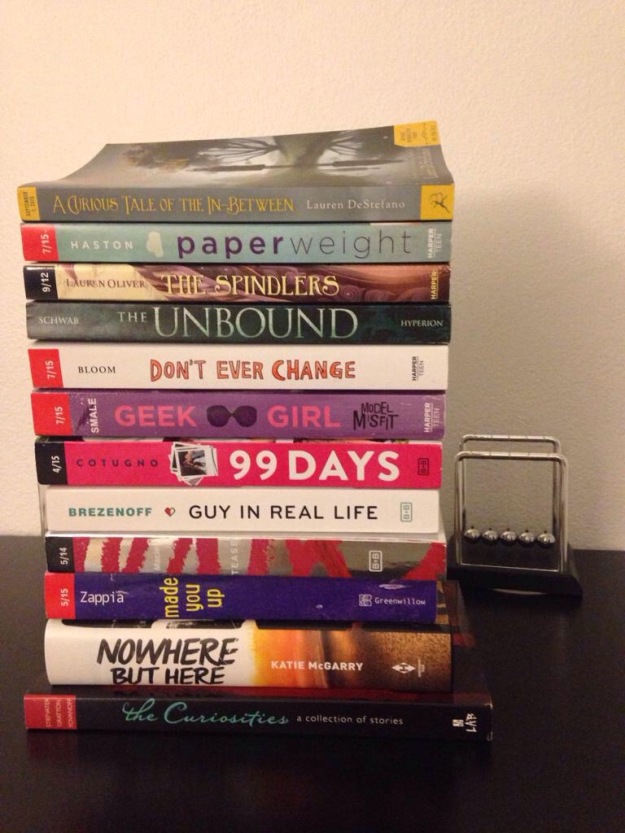 Look at all my babies! I mean um Hi! I know I haven’t posted in a million years (Sammy is the best! I’d make the hands up emoji on here if I could). I’m TRYING. I know, I say that every time. But life has just been so busy! And now it’s summer and I’m really enjoying my new job and Husband is in Super Research Mode, so I’ve been Reading All the Time. And not blogging enough. So this is my attempt to update y’all on my bookish endeavors as of late!

If you follow me on twitter you know that I’ve been really into book trading the past few months! I’m one of those people who wants to have ALL the copies of her favorites, even the ARCs. Those are just so hard to get sometimes and they just feel so special to me when it’s a fav. So I’ve been collecting my favs from the past two years and I’ve gotten SO many amazing things! It’s also a little addicting… so I think I need to stop after this next trade…  (which is what I say every time…)

BUT the trading did lead to something good… The First Boston Book Swap! Hosted by myself and The Mackenzi Lee (Author of This Monstrous Thing, out in September) (that was a shameless plug) (It was a shitty choice!) (no it wasn’t!) (somebody get me an ARC!!!) basically we’re getting a bunch of Boston Book People together and we’re going to swap all our books for newer cooler ones! I’ll make sure to take some photos and post about it because I’m sure it will prove to be the Best Party Ever. And will hopefully happen again in the near-future! 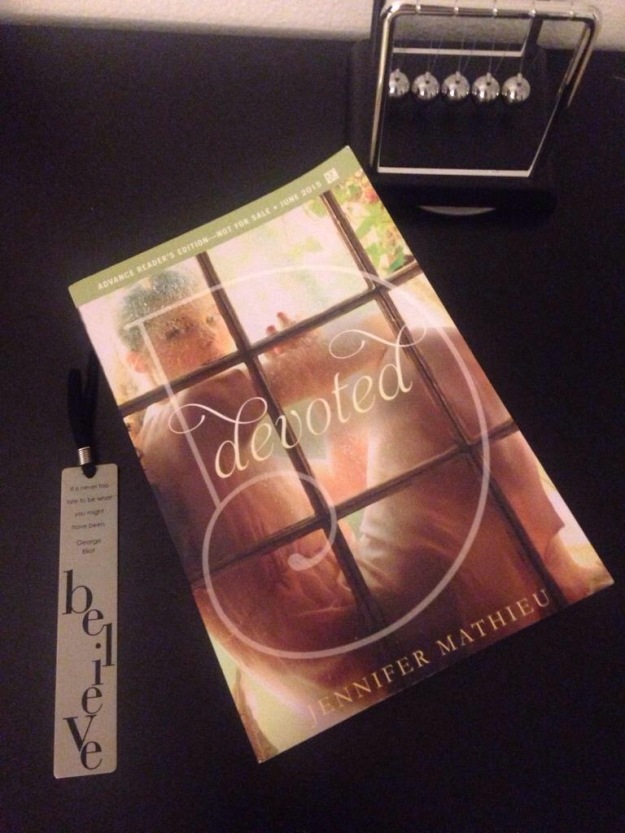 As I mentioned, Husband is in Serious Research Mode so I’ve been reading a lot. Sometimes he doesn’t come home until really late, other times he leaves for his lab really early, and when we do spend time together it’s usually in silence while I basically eat books and he scribbled math stuff on a paper. It’s fun, it works, we’re some type of weird power couple (maybe). But I’ve read like fifteen books so far this month and I STILL HAVE ONE WEEK TO GO! So far my fav book of the month has been Devoted… which opened up lots of issues and gave me all kinds of panic attacks and just made me think SO MUCH. 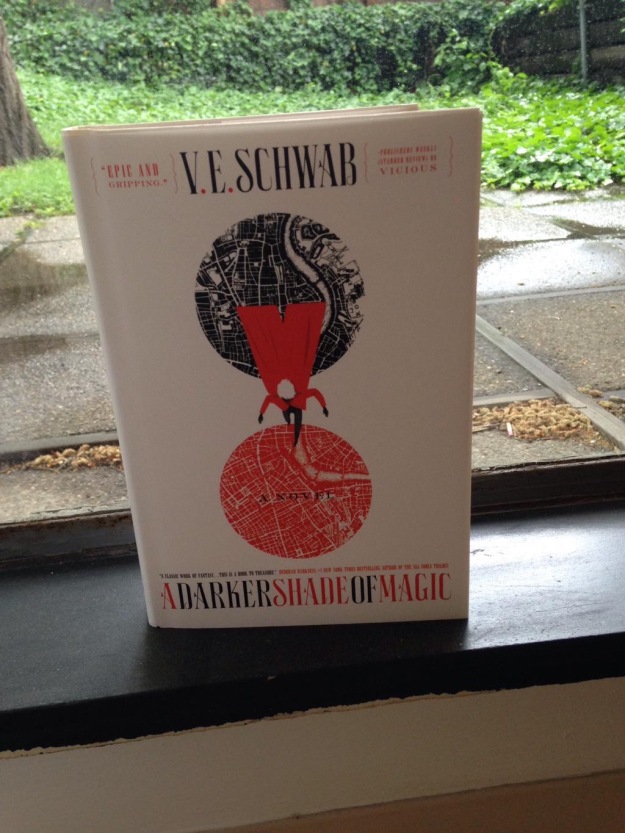 I also got this beauty from Sammy for my birthday (yes I’m still accepting presents!) and I read it over the weekend (in two sittings) and now I’m on some weird fantasy kick (maybe too much contemporary?) and I really want a kick-ass sci-fi but alas I don’t have one on my shelf.

And finally today I had an epiphany while I was filing confidential documents at work. I was thinking about my (someday) novel and I finally have a pitch for it! It’s ALL THE RAGE meets Anna & the French Kiss… in Japan! No White Girls Allowed! I’m THISCLOSE to working on it but not quite sure if I’m at A Place where I can do so. We will see!