So last year I wrote this post with my bookish resolutions… let’s see how I did!!!

3) Read my own books.
Okay I don’t think I did this as much as I had wanted to… but I did manage to read a good handful from my TBR non-ARC shelf. But I need to do better with this.
2016: Read MORE of my backlist!

4) Get a library card.
I did! I got one for the Cambridge Public library. Now to just use it…
2016: Use said library card and go to the library!

5) Buy less.
Oh yay I stuck to this pretty well. I only bought a few eBooks (that were on sale) and then just a few physical books here and there (at events, or sales). I feel good about this! I did do a lot of book trading, but that was super cheap so yay!
2016: Keep buying less books!

6) Blog more!
Okay this is something that I still majorly failed at. I just… I don’t know. I like blogging, but whenever I sit down to do it I just find other things that I’d rather do. Honestly if I didn’t have The Best Co-Blogger In The World this blog probably would have died a slow death a long time ago…
2016: Blog when I can. And try to be more personal.

7) Book events!
Oh yes I did this! I went to a lot of events and I had so much fun and made actual friends and yes. I am going to ALAMW next weekend!
2016: Go to more select events. So I went to a lot of author events last year and a few were just random and not even for authors that I was interested in. I feel like I bought a few books that I prob wont read (okay I did buy a few books that I wont read) and this year I want to focus more on either big events (ALAMW, BTAF, BEA) or events featuring authors that I am actually interested in. It was fun to go to All The Things because I could, but now I want to narrow it down a little bit more…

8) Purge the shelves.
Okay I did this too! I did a lot of booksfortrade on twitter (until it started to suck) and started a book swap party with my local book friends! I have GAINED a lot of books but it’s more of a collection now than just a ton of books that I might read. I still have a few piles of books that I am iffy about but… it’s much better!
2016: Keep on getting rid of books that I don’t LOVE and keeping only the favs!

All right so those are my new book resolutions! What are some of yours?

And now I leave you with… 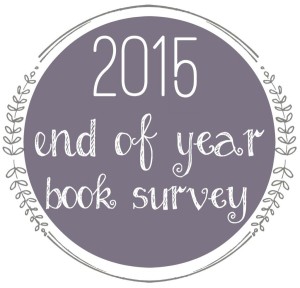 It’s that time of year again (crazy huh?) Did I even do this last year? I can’t remember… ALAS. I am doing it again. Without further preamble…

Number Of Books You Read:
Number of Re-Reads: 2
Genre You Read The Most From: Contemporary

2. Book You Were Excited About & Thought You Were Going To Love More But Didn’t?
Tonight the Streets are Ours by Leila Sales

3. Most surprising (in a good way or bad way) book you read?
Illusionarium by Heather Dixon (did NOT expect to love it as much as I did!)

4. Book You “Pushed” The Most People To Read (And They Did)?
Wolf by Wolf. I made Maggie Stiefvater read this book (or at least I got the publisher to send her a copy). My mom also pre-ordered it. And of course all my friends read it.

7. Best book from a genre you don’t typically read/was out of your comfort zone?
Salt & Storm by Kendall Kulper

8. Most action-packed/thrilling/unputdownable book of the year?
Wolf by Wolf

9. Book You Read In 2015 That You Are Most Likely To Re-Read Next Year?
Wolf by Wolf 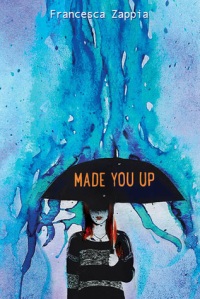 11. Most memorable character of 2015?
Oliver Finch from This Monstrous Thing by Mackenzi Lee

12. Most beautifully written book read in 2015?
The Weight of Feathers by Anna-Marie McLemore

13. Most Thought-Provoking/ Life-Changing Book of 2015?
The Night We Said Yes by Lauren Gibraldi

14. Book you can’t believe you waited UNTIL 2015 to finally read?
Finnikin of the Rock!

17. Book That Shocked You The Most
What We Saw by Aaron Hartzler

18. OTP OF THE YEAR (you will go down with this ship!)
ME X OLIVER FINCH (THIS MONSTROUS THING)

19. Favorite Non-Romantic Relationship Of The Year
Oliver and Alasdair Finch (brothers in This Monstrous Thing)

20. Favorite Book You Read in 2015 From An Author You’ve Read Previously
Wolf by Wolf

21. Best Book You Read In 2015 That You Read Based SOLELY On A Recommendation From Somebody Else/Peer Pressure:
A Court of Thorns and Roses by S.J. Maas

22. Newest fictional crush from a book you read in 2015?
Oliver Finch

24. Best Worldbuilding/Most Vivid Setting You Read This Year?
The Unquiet by Mikaela Everett

25. Book That Put A Smile On Your Face/Was The Most FUN To Read?
The Revenge Playbook by Rachel Allen

26. Book That Made You Cry Or Nearly Cry in 2015?
The Year we Fell Apart by Emily Martin

27. Hidden Gem Of The Year?
The Night We Said Yes

30. Book That Made You The Most Mad (doesn’t necessarily mean you didn’t like it)?
The Ruby Circle (cuz wtf at the end of it all)

1. New favorite book blog you discovered in 2015?
Uhhh… not really blogs but how about people? And the blogs attached to them? Melissa and Nicole and Mackenzi… they all have blogs!

6. Most challenging thing about blogging or your reading life this year?
Having time for it!

7. Most Popular Post This Year On Your Blog (whether it be by comments or views)?
Really way too lazy to check.

10. Did you complete any reading challenges or goals that you had set for yourself at the beginning of this year?
I wrote about this at the top!

3. 2016 Debut You Are Most Anticipating?
I am honestly not even sure…

4. Series Ending/A Sequel You Are Most Anticipating in 2016?
THE. RAVEN. KING.

5. One Thing You Hope To Accomplish Or Do In Your Reading/Blogging Life In 2016?
To do more of it D:

6. A 2016 Release You’ve Already Read & Recommend To Everyone:
The Darkest Corners!!!