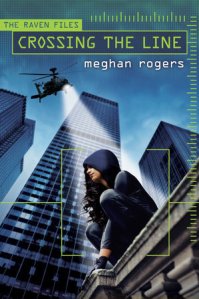 Synopsis: Jocelyn Steely was kidnapped as a child and raised in North Korea as a spy. When her agency sends her to the U.S. to infiltrate the very group her parents once worked for, Jocelyn jumps at the chance to turn double agent and finish off her kidnappers once and for all. She convinces the head of the American spy agency to trust her, but it’s not quite as simple as that: Jocelyn has to fight the withdrawal symptoms from the drug that the North Koreans used to keep her in line, and her new fellow spies refuse to trust their former adversary. Worst of all, there might be some new information to uncover about her parents – if she even wants to find out.

Huge thank you to Penguin Random House for sending me a copy of this book for review!

WOW! So. When I got this book I wasn’t sure if I was going to read it. Yes, I judged it by the cover. It looks kinda cheesy and… young. A little middle-grade-ish if you will. Well. It’s not. And it was SO SO GOOD! So I really wish this would get a new cover so more people would be prone to picking it up.

This book is pitched as a Bourne Identity type book, but for me it was A LOT like La Feme Nikita. I am OBSESSED with that movie/ TV show (the TV show mostly) and this book had SUCH a Nikita feeling to it. Our MC, Jocelyn, is SO BAD ASS. And she’s smart, fierce, and willing to do what it takes to survive. She’s kidnapped by a North Korean spy agency as a child and trained to be a killer. She’s good at what she does, but she isn’t as brain washed as they’d like to believe she is… and when she has a chance to go to the USA to join a rival spy team as a double agent, she takes it. But turns the tables and instead becomes a double agent for the US team, IDA.

I loved the way that Jocelyn dealt with her past and present situations at the same time. She learns about herself and grows, makes friends, and starts to trust for the first time in her life. She’s got some Katniss in her, but she also reminded me of a mix of Nikita and Alex from the Nikita TV show. Despite being similar to some of my favorite badass females, Jocelyn is very much her own well developed character. And not only was she well developed, but all of the characters were too. I LOVED how complex everyone was!

There’s a lot of really awesome action in this that just SPOKE to my action hero loving self. I am a sucker for old (and new-old) action movies with all our favorite action heros from the 80s and 90s. Okay even some of the new ones (hello Jason Statham!). So this really kept me engaged.

I also liked that there wasn’t any romance in this. Often times a lot of YA action novels get bogged down with the heroine falling in love and making stupid mistakes and having to be rescued. That did NOT happen in this and I was SO glad. There’s a lot of focus on friendship in this and trusting your partner. I think that we WILL see some romance in future books, but I’d be okay with that because Jocelyn has earned it!

The only issues that I had with this was the plausibility of a few things. For one I never learned Jocelyn’s ethnicity. Is she Korean or at least Asian? Would North Korea have non-North Korean spies? I’m not sure about this. I told myself that yes, they would, so they could have people on the ground anywhere. Another thing that bugged me (which is the most nitpicky thing ever, I know) is when Jocelyn is in China and she “presses the Chinese symbol for 25” in the elevator. For one, Chinese for 25 is three characters. Two, I don’t believe that a high tech science institute would have non-numeric numbers on it’s elevator buttons. And finally when Jocelyn and Ethan are in North Korea and they’re in public HOW DOES NOBODY NOTICE HIM? Unless he’s also Asian? (Again, I don’t think we ever got his ethnicity, but I always pictured him as a brown haired good ole American boy). Seriously, just a few tiny things.

BUT THIS BOOK WAS SO AWESOME GO GRAB A COPY AND A BOWL OF POPCORN AND READ IT YOU WONT REGRET IT!